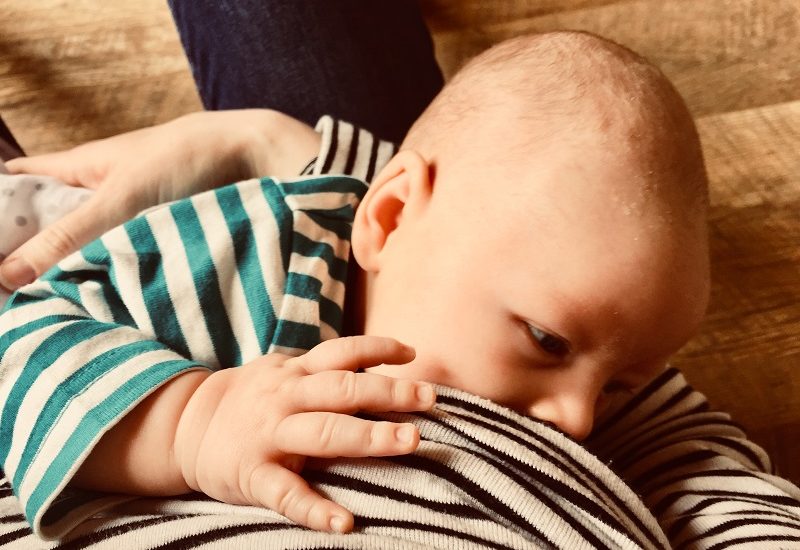 I am exclusively breastfeeding my son however I’m gonna kick off this 2-parter by not endorsing the whole Breast is Best mantra because I think this suggests that woman who cannot or do not breastfeed are not giving their child the best. Which simply isn’t true. Yes, compared to formula milk, the composition of breast milk is perhaps better from a nutritional standpoint however the psychological and physical toll which comes from breastfeeding is not necessarily better. In my opinion, loved and fed is best, whatever that entails. 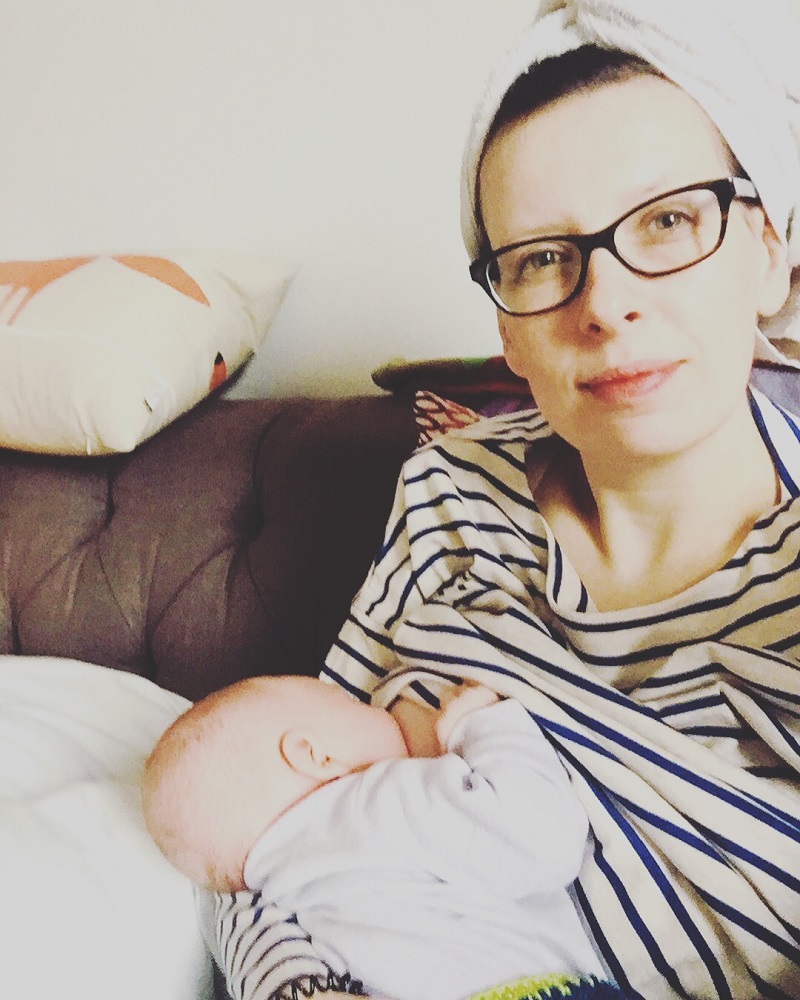 I didn’t really plan to breastfeed, and I mean that in the sense that I wasn’t gung-ho and determined about it. I went through my pregnancy thinking that I’d like to give it a go and see how I got on, but to be honest I assumed I wouldn’t make it past the first few days. And you know what, I was ok with that.

I was in this mindset because most of what I had read about breastfeeding were heartbreaking negative experiences. Stories of tongue tie, bleeding nipples, difficulties latching on, and babies losing a lot of weight. I assumed these were the rule and with these stories in mind, I stocked up on bottles, a steriliser, and formula milk as well as a breast pump. I wanted to be prepared for any eventuality and avoid a hasty 3am Amazon Prime orders out of desperation.

While there are some who argue that this approach means you are more likely to reach for the formula and give up breastfeeding, I beg to differ. I know that statistically speaking, mothers who are so determined to breastfeed to the extent that they do not prepare for the alternative are more likely to stop breastfeeding earlier. For me, having the formula, bottles, and breast pump etc was empowering. I knew I had a back up should breastfeeding fall through, but most importantly I was mentally prepared for either feeding outcome. 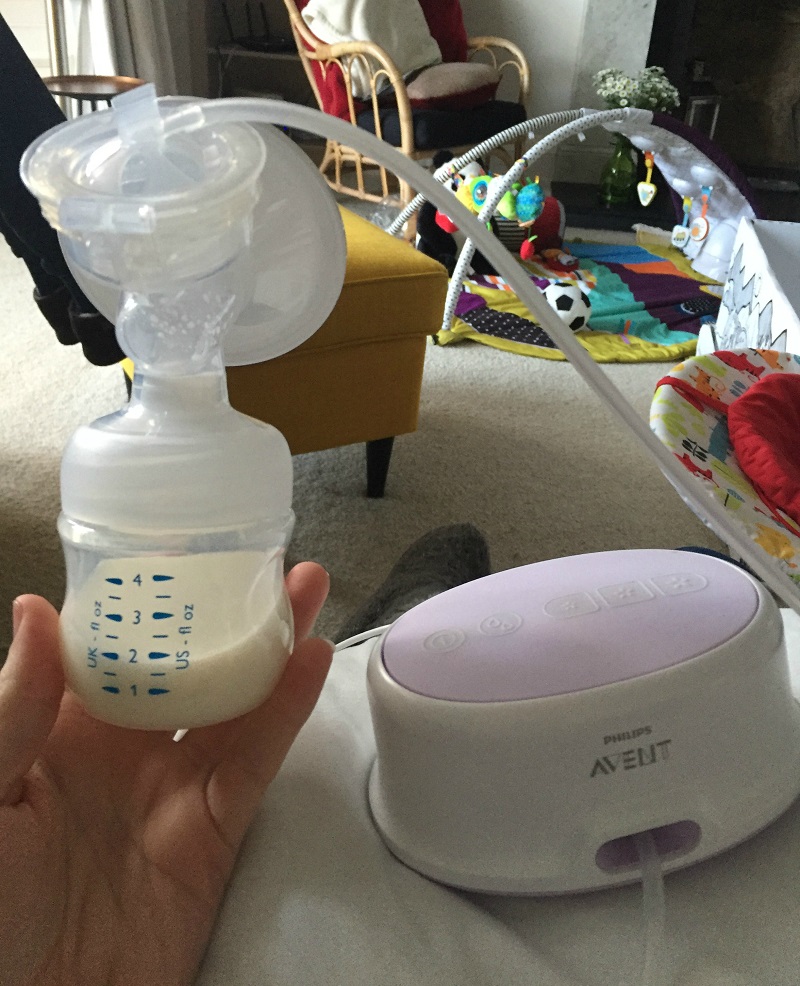 My son James’ was born bang on his due date. The labour was relatively short and even though there were a few minor complications, he was born healthy, alert and very chilled out. In fact, asides from 1 little cry just as he was born, he didn’t cry at all for several hours after. What contributed to this I can’t say for certain but I do think that because he was chilled out, I remained calm which helped me establish breastfeeding in those early hours.

James headed straight for the breast and with a little assistance from the midwife, he was latched on and feeding within 20 minutes of being born. He was happily feeding while I delivered the placenta and was stitched up, and we enjoyed a lovely couple of hours of skin to skin contact. Now breastfeeding didn’t feel natural to me at this point, I was still unsure about how to hold him, how to position myself, and I faffed around too much when he was latching on. But James was a natural and I focused on saying calm, following his lead, and absorbing as much advice from the Midwives as possible.

The first 48 hours of breastfeeding was the hardest but I credit the fact I continued past this period to: (1) the incredible staff at Forth Valley Royal Hospital and (2) the fact that James had a 24 hour stay for observations. I am certain that had I went home after the standard 6-10 hours I wouldn’t have continued breastfeeding.

During our 24 hour stay the breastfeeding support from my midwives was incredible. They were supportive but not evangelical; they offered practical solutions and sat with me to physically and psychologically support me. Now I know that Midwives are incredibly busy and have large caseloads, but I never once felt like they didn’t have time for me. I was also was confident enough to ask for support during this time when I needed it despite how busy the antenatal ward was. I think the best advice I received during this stay was:

Within that short window I also developed confidence in my ability to breastfeed, and it was this confidence which helped me power through the difficult days to come.

Our first night home, when James was 2 days old, was a horrible night: I couldn’t get him to latch on properly because I was faffing about with positioning; I was worried he was sleeping too much and not feeding, so I kept waking him up to feed every 2-3 hours which meant he cried a lot then was too tired to feed; and I barely slept or ate. So by the time the Midwife came around at 9am the following morning I was in floods of tears.

I was offered a visit from a Breastfeeding Consultant from my Midwife, which I accepted and she arrived the following day (Day 3). This made a BIG difference because we focused on small issues such as getting rid of my bad habits (i.e. hunched shoulders), the importance of bringing baby to the nipple and not nipple to baby, and teaching me how to feed one-handed (necessary for being able to eat/drink when feeding). Like my hospital midwives, she was hands-on and very encouraging. From that point on, breastfeeding got instantly easier.

I also received bags of support from my family and no one, not even the men, made a fuss when I nursed in front of them (I was always discreet to be fair) and I think this not only made life easier because I didn’t feel like I needed to hide away in another room when family were round, but it really helped my confidence with breastfeeding in public. After all, if I could nurse James discreetly in front of my Stepdad and Uncle then doing so in a Cafe wasn’t so daunting. It only took me until Day 5 to feel comfortable and confident to breastfeed in public. 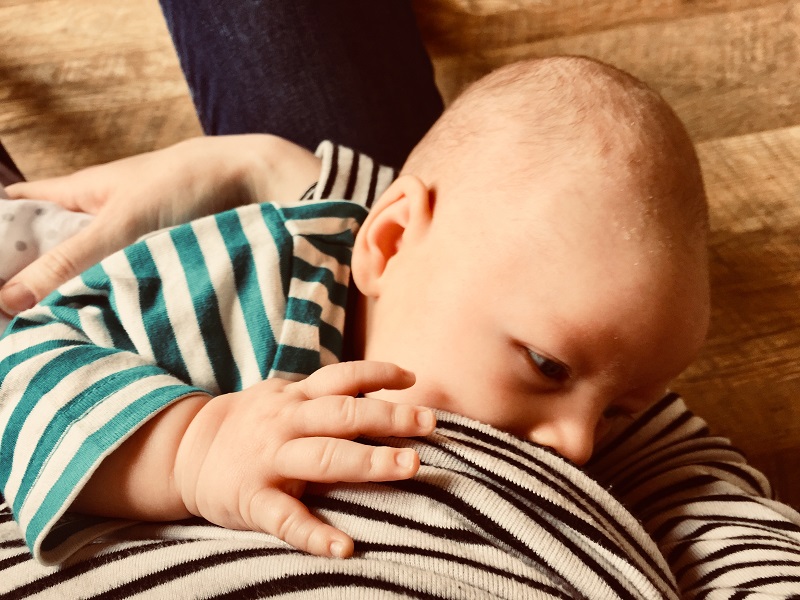 The Highs and Lows

Breastfeeding has proven to be hard in many respects. To begin with, I wasn’t prepared for demand feeding or cluster feeding, and how physically and emotionally draining both can be. On a good day, in those early days, I was feeding James approximately every 2-3 hours and each feed would last around 45 minutes. On a day where he was cluster feeding (i.e. preparing for a growth spurt) I would be feeding non-stop throughout the day. Now this wasn’t so bad during the day when I had company but at night it was extremely lonely. Also, the whole business of “sleep when baby sleeps” to me was impossible. I couldn’t understand how I could feed on demand and perform basic functions such as eat, sleep, and shower: something had to give. In the end, I wasn’t eating enough and I ended up visiting the out of hours Midwives and being diagnosed with exhaustion. I also found the pressure of being solely responsible for my son’s feeding very overwhelming, which coupled with exhaustion meant I cried every day for the first 2 weeks.

Conversely, the areas I expected to find difficult were surprisingly straightforward. The engorgement when my milk came in on Day 3 really wasn’t as bad as I expected. In fact I found it quite humorous at just how big my boobs got. Then again, I was doing everything I was supposed to do in order to relieve this pain: loose clothing, well fitting bra, feeding from both breasts regularly etc. I also expected to end up with the bleeding cracked nipples which seems to be synonymous with breastfeeding but asides from a little dryness on Days 3-7, which was sorted out with Lanolin, I had no issues. I suspect this may be attributed to establishing a good latch from Day 1.

As is to be expected with a breastfed baby, James (who weighed 7lbs 7.5oz at birth) lost weight in that first week. By Day 3 he had lost 7% of his birth weight. Yet despite this I never once worried whether James was getting enough food, because as the midwives taught me, he was producing plenty of nappies. After a couple days James’ weight started to creep up and by the end of the first week he has regained the lost weight. Even now, he’s not a big baby, I think he’s sitting between the 10th and 25th centile but he’s tall and slim like his Dad and his weight has always increased steadily.

So I’m now 9 weeks into breastfeeding and I’m currently trying to introduce a bottle of expressed milk which isn’t going so well. The demand feeding can also be difficult to plan my day around. While I can introduce a more solid sleep routine when he’s around 3 months which will make life easier I’m encouraged to demand feed until he’s weaned which I’m happy with in principle, but I’m getting to that point where I wonder if I’ll ever get any “me” time before he’s 6 months old. I find expressing easy enough in that I seem to get a lot of milk out, but it’s exhausting to breastfeed AND express. And while I could go down the route of combined feeding, which I have considered, something is stopping me and I’m reluctant to do it.

Despite the low points, I love breastfeeding. I find it easy, pain free, and I love the bond that my son and I have. I really like the fact that breastfeed baby’s dirty nappies are significantly less vile; and eliminating washing, sterilising, and bottle prep in those early days definitely made life a lot easier. I’ve planned to return to work full time when James is 10 months old, so the tentative plan is to continue breastfeeding until he’s 6 months old with the occasional bottle of expressed milk for when we’re apart. Once he’s weaned at 6 months, i’ll introduce the cup and perhaps drop down to the bedtime feed only in preparation for returning to work.

I suspect the reason breastfeeding has worked for us and been an overall positive experience is mostly down to James: he was interested from the get go and didn’t have tongue tie. But the fact I’ve never felt any pressure to breastfeed and because I literally take it 1 feed at a time has meant I’ve continued for as long as I have.