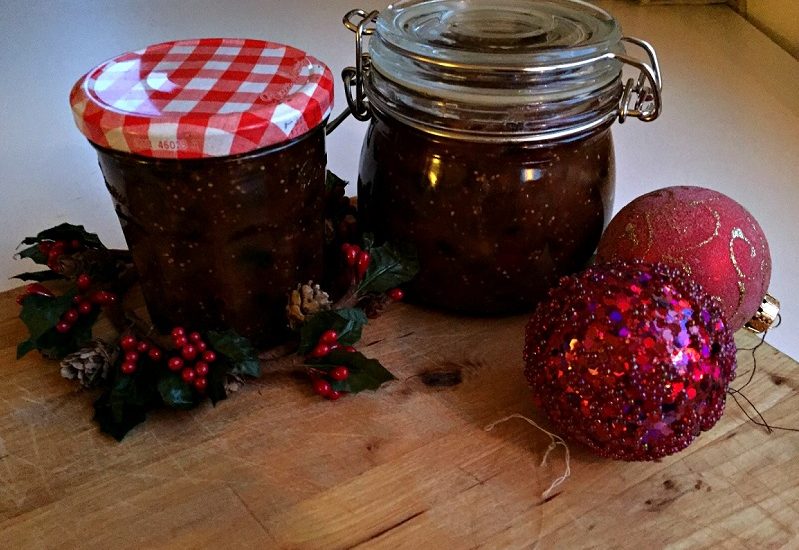 If I had to pick 1 food item which summed up Christmas, mincemeat would win by a mile.

Not only does the smell of mincemeat simply evoke Christmas in an instant but we don’t use it any other time of the year. So when it does come out, you KNOW the season is about to kick off. While some may encourage us to use mincemeat throughout the year I completely disagree. Mincemeat is like a Christmas tree and It’s A Wonderful Life – they should only come out once a year.

Mincemeat can be made months in advance but I just cant bring myself to make it in Summer. At that point us Scots are doing what we can to cling on to every last drop of sunshine before it disappears and preparing for Christmas just doesn’t fit with this ethos.

Instead I make a moderate batch of mincemeat in November to make mince pies throughout December. It becomes a Christmas tradition in itself and it’s wonderful way of dipping a toe into the festive spirit without risking withdrawal symptoms by the time I decorate the tree. 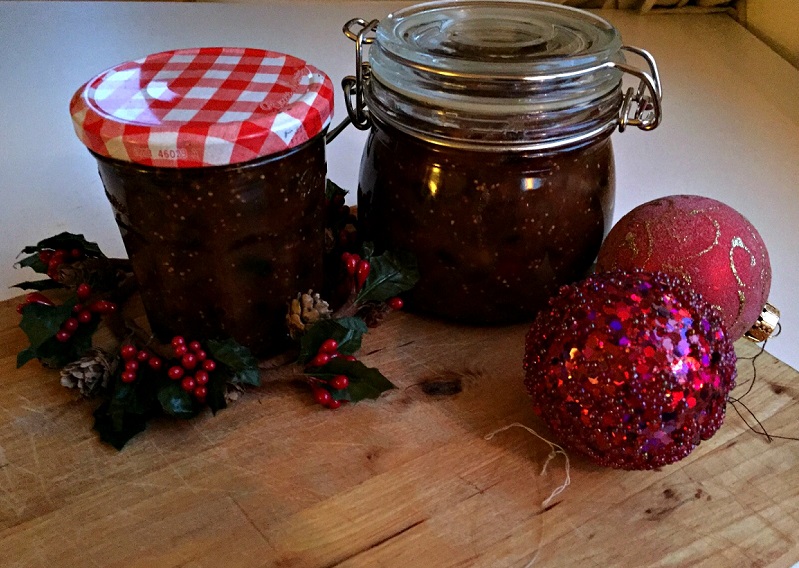 I like mince pies (lets face it what else are you gonna do with mincemeat?) but I’m fussy about them I don’t go in for rich dark boozy fruit. It’s too strong and after 1 mouthful I feel sick. Instead I ditch the traditional brandy in favour of a fruit cider and create a lighter fruity version of mincemeat. Which when made into dinky mince pies with buttery almond pastry, is a divine combo.

Make it Vegetarian / Vegan: Replace the suet with vegetable suet.

Chop the figs into small pieces and add to a large bowl with the remaining dried fruit, zest & juice of the lemon and orange, and the cider. Mix together and cover with cling film. Leave overnight to soak.

The following day the fruit will have soaked up all the juices and look plump and shiny.

Ensure you have enough jars to hold approx 700g worth of fruit before sterilising them. 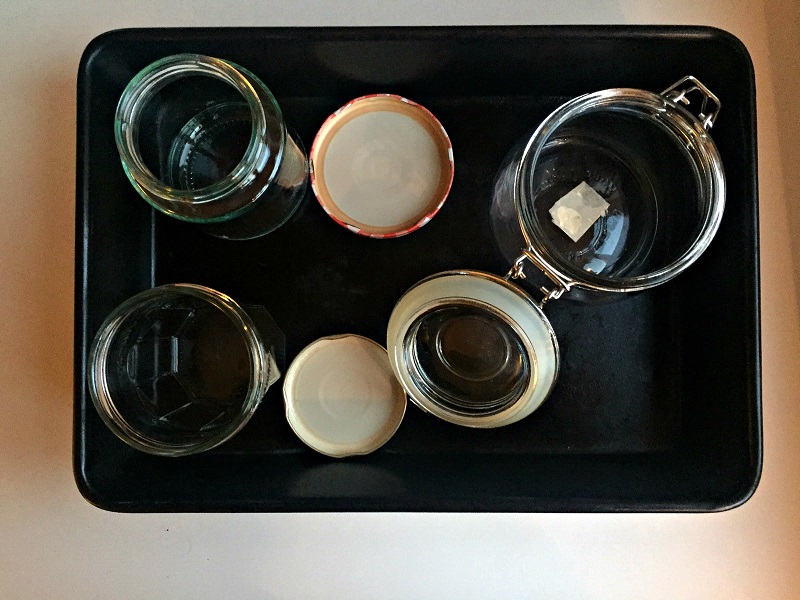 How to Sterilise Jars

Tip the plump juicy fruits into a large pot with the remaining ingredients. Cook over a low heat, but stir regularly, until the suet melts. Then increase the heat slightly and cook for a further 2 minutes until the mixture starts to bubbles and sizzle. Remove from the heat. 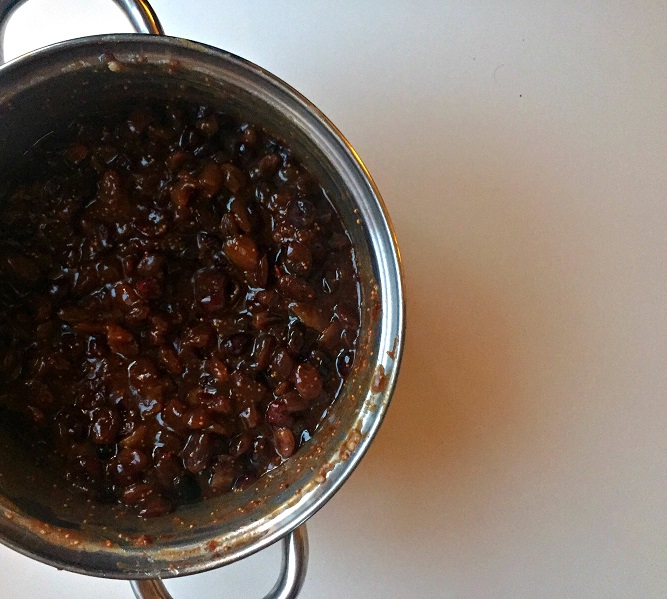 Carefully spoon the mincemeat into your sterilised jars. Pack the mincemeat down with the back of the spoon, after each spoonful, to stop air bubbles getting trapped. 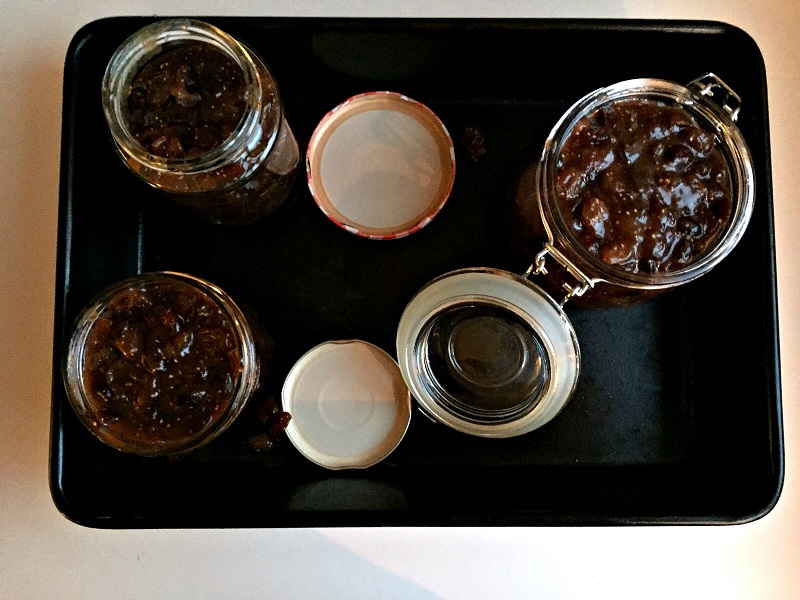 Fill the jars to 1/2 cm below the rim. Screw the lids on tightly and tip the jar upside down to seal.

Leave to cool completely then stash away in a dark cupboard. This mincemeat will now keep for up to 6 months but you can use it straight away. Once opened, store in the fridge for up to 2 weeks.