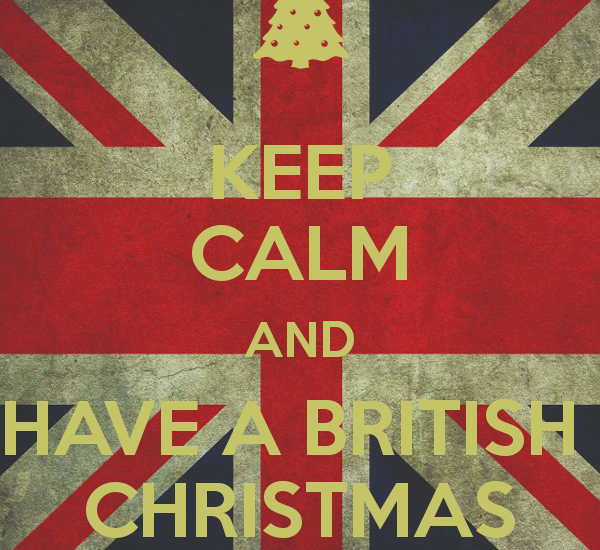 From roast turkey on Christmas Day to a sausage noodle soup on Christmas Eve (that’s what my Austrian pal says happens in her neck of the woods) across the world Christmas is done very differently. If you’ve ever wondered why us Brit’s are so divided over sprouts or wanted to know precisely what a Christmas cracker is, or even wondered what the deal is with the Queens speech, then read on. This is the beginners guide to a very British Christmas.

This is how a British Christmas starts. Not with something festive like a Christmas tree but with furniture stores pushing us to order a new sofa guaranteed to be delivered in time for Christmas.

If you’re not native to the UK you’d be forgiven for thinking buying a new sofa every year is a Christmas tradition in itself. It’s not. Instead it is a not-so-subtle marketing ploy which plays into our materialistic mindset. That said, the adverts are a lovely gentle reminder of the season starting.

The Christmas lights going up in towns and cities is a big deal in Britain, furniture adverts aside, this truly heralds the start of the Christmas season.

Normally the switch on occurs in late November and it can involve anything from a simple switch on (1 day they’re off and next they’re on) to a full blown extravaganza with celebrities, ice rinks, fireworks and local market stalls. The bigger events are often ticketed and the wow factor will vary depending on where you are.

However, even though the Christmas lights are on in the towns & cities and shops are now fully decked out this does NOT mean we can start decorating our homes. In Britain, it’s still too early for that and there is nothing more disliked than a neighbour who ‘puts their tree up’ (aka: decorates for Christmas) in November.

Stir-up Sunday is the last Sunday before Advent starts (see Advent Calenders). This is the date when, traditionally, families make their Christmas pudding or Christmas cake. Everyone in the family gives the pudding or cake a stir & makes a wish for the year head.

Asides from Christmas cookery shows (featuring the Grand Dames of Christmas Cooking: Delia, Nigella and Fanny), bumper editions of Christmas food magazines and food blogs, Stir up Sunday doesn’t really happen any more and most of us head to a posh supermarket like Marks & Spencers or Waitrose for our cakes and puddings.

In 1984 a charity super-group, consisting of the best musicians and singers Britain had to offer (and a LOT of volumizing mousse thanks to Bananarama), came together to form Band Aid. It was organised by Bob Geldof and Midge Ure to raise money for anti-poverty efforts in Ethiopia. They recorded ‘Do They Know It’s Christmas’ and gave us what is now known as The. Best. Christmas. Song. Ever.

This song has been Number 1 in the music charts, its been re-released, re-recorded and every single Christmas it is played TO DEATH. The lyrics don’t quite make sense and are, at times, controversial but we Brits bloody love it. It never fails to put a smile on my face and like Smithy, at Christmas I belt it out with joy.

Now, Slade’s ‘Merry Christmas Everybody‘ is the 2nd best Christmas song…for about 10 mins then we’re sick of it. Throughout December I waiver between wanting to give Noddy Holder (the lead singer of Slade) a Nobel Christmas Prize for introducing a little joy into our hearts with this upbeat ditty, to wanting to strangle him with fairy lights.

To be fair I normally feel this negatively towards him when I’m shopping for presents, in a warm shop, wearing a thick coat & scarf, holding a dozen shopping bags, with half a dozen other shoppers swarming around me and this song is blasting out the sound system. When I’m at home decorating my tree or making mince pies, I love it.

An Advent Calender counts down the days of Advent which runs from 1st to 25th December. These calenders were traditionally made of card with a small rectangular window for each day of Advent. Every morning, young children eagerly ran to their Advent Calender to find the appropriate window for that day & open it to find a small religious picture printed inside. Like baby J or the 3 wise men. It was a way of remembering the true meaning of Christmas and for families to incorporate Christian devotions into their daily lives.

These traditional Advent Calenders and the meaning behind them are loooong gone. Anyone and everyone has an Advent calender now and rather than Christian imagery to brighten up your day we now have a choice of: chocolate, Star Wars lego figures, alcohol, tea or beauty products.

Pantomines, or Panto’s, are stage productions with musical numbers, based on a fairy tale and typically starring out of work C list celebrities. They’re designed as family entertainment and are HUGE in the UK around Christmastime. Schools will arrange class outings to visit one and most major towns and cities stage their own Christmas Panto.

It’s also worth mentioning they are utter rubbish. Think slapstick humour, men dressed in drag, sing-a-longs, audience participation (e.g. “He’s behind you!”) and like I said, “celebrities” who are desperate for a bit of extra cash this time of year. Buy a ticket at your peril.

Us Brits love sending and receiving Christmas cards. We don’t go in for that American thing of ‘a-picture-of-the-family-in-Christmas-jumpers-posing-on-the-porch-in-the-snow’ instead we have the religious cards, funny / sarcastic cards and boring generic robin-in-a-snowy-field kinda cards.

We even have special Christmas stamps released every year. The only dilemma is whether or not to go 1st class post (where they will be sure to arrive in time) or 2nd class post where you will be forever branded as a Scrooge & the card will most likely arrive in March.